Two hundred years ago, in 1815, the present-day Gwynfil Chapel, Llangeitho, welcomed its first congregation. Llangeitho is regarded as the ‘Jerusalem’ of the Methodists in Wales.

A national fundraising appeal, led by the Revd Thomas Levi, Aberystwyth, successfully raised £614.18s. towards a monument to remember Daniel Rowland. The white marble monument was sculpted by Edward Griffiths, Chester. It was unveiled on 6/7 September 1883 and it is recorded that between 2,000 and 3,000 people were present. It is believed that the wording
on the monument comes from one of Rowland’s sermons: ‘O Heaven! Heaven! Heaven! Your corners would be quite empty if it weren’t for Zion raising your children on Earth.’
A great religious awakening occurred in the 18th century. It can be claimed that Welsh Methodism started in Llangeitho, largely as a result of the work of one local man, Daniel Rowland, who was born in Pantybeudy, c.1713. A parson’s son, Rowland was ordained in 1734, and served as the curate of Llangeitho, Nantcwnlle and Llanddewibrefi Anglican churches. But, in 1735, he heard the famous educator and Nonconformist Griffith Jones Llanddowror (1683–1760) preach, and afterwards Rowland’s own style of preaching changed radically. He
became more emotional – angry and cross even – when expressing his feelings about God, sin and the afterlife, although Phylip Pugh from Blaenpennal, leader of the Cilgwyn church, advised Rowland to moderate his style. Rowland became one of the leaders of the Methodist Revival in Wales, along with preacher Howell Harris (1714–73) and hymn writer William Williams Pantycelyn (1717–91).

The Anglican Church disapproved of Rowland’s new passionate style of preaching. So he started taking religious services in people’s homes, in particular in a barn at Meidrym farm in Llangeitho in 1757. Although his license to preach in the Anglican Church was withdrawn by Bishop Samuel Squire in 1763, Rowland remained an Anglican curate and was buried in St Ceitho’s Church, Llangeitho, in 1790.

The first chapel in Llangeitho was built by Rowland and his followers in 1760. The location of this chapel is the present-day site of Daniel Rowland’s monument. Rowland’s brother-in-law, Peter Davies of Y Glyn, leased the land to trustees Williams Pantycelyn, William Richard and Rowland. Made of clom and thatch, it measured 30 feet by 18 feet and was called the ‘New Church’.

(The lease was extended, with the land finally being bought, along with an additional acre of land for a cemetery, by a Mrs Catherine Lyons of Picton Place, Carmarthen, for the sum of £70 in 1897.)

Four years later Rowland had by now been ejected from his curacy of the parish church. A second larger chapel was erected in 1764 on the same site, this time with stone walls and a slate double roof which gave it the appearance of two linked houses, with one called the ‘House next to the Pulpit’ and the other the ‘House next to the Road’. This chapel measured 45 square feet, with a line of four stone pillars in the interior and a door at each end. The pulpit was entered via one of the external doors, this being necessary when Rowland was preaching, as the chapel would be overflowing and movement through the congregation impossible. The communion table was lowered by pulleys after the sermon, with the congregation then passing along it and out through a side door.

Thousands would travel to Llangeitho to hear Rowland preach and receive communion. They travelled on foot or on horseback, with some travelling up to 80 miles. Others would sail on boats from north Wales to Aberystwyth and walk from there, a distance of some 18 miles. People would arrive on a Saturday for the midday service, so many householders in Llangeitho would offer overnight accommodation to visitors. It is said that around 60 to 80 people would be accommodated on local farms such as Cilpyll and Goyallt. Others would sleep in barns or in the open fields. But most of the congregation were relatively local people, who would have travelled up to 30 miles for a day trip to Llangeitho. Hundreds of horses could be seen tied up along the byways into the village. George Whitefield (1714–70), the English Anglican cleric who helped spread the Great Awakening in Britain and the American colonies, estimated that 10,000 worshippers were present in Llangeitho for communion on the Sunday he visited.

After the death of Rowland in 1790, these visitors waned in number. The Methodists began ordaining ministers for the first time in 1811. At this time it was decided to build a new chapel in Llangeitho and this is the present-day (third) chapel on the site. At a cost of £2,000, it was built between 1813 and 1815 and later remodelled inside by John Lumley of Aberystwyth (1861–3).

This chapel measures 60 feet by 36 feet. The 1815 chapel had four doors: The Door of the Goats (for seceders to pass through); The Door of the Sheep (for those returning to the flock); The Red Door (as this was its colour) and The Door to the Altar (near where communion was administered). The present-day (remodelled) chapel has two doors at its front, and one at the back (NW end) so that the preacher can enter the pulpit from outside the building (just as with the 1764 chapel). The chapel can seat up to 650 people and has been listed as a significant building, Grade II*, by CADW since 1963.

A schoolhouse was built around 1820, with the manse, stables and coach house being built around 1857. The Vestry above the coach house dates from 1902. It has hardly changed since then. Buildings were erected nearby for branches of Sunday school and for meetings during the week, at Rhydypandy (1834), Brynhir (1872) and Cwrt Mawr (1896). 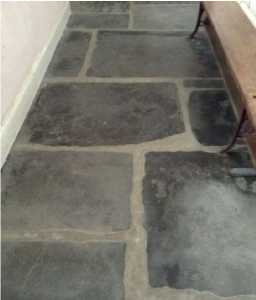 Flagstones in the present-day chapel lobby come from the 1764 chapel.:: 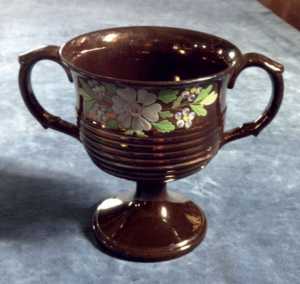 Brown communion cup with floral pattern (located in display cabinet in the altar). It is thought that this also comes from the time of Daniel Rowland.:: 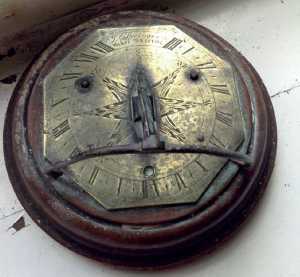 The sundial (located on window ledge to the right of the pulpit) was made by scientific instrument maker Joshua Springer from Bristol. He worked during the period 1759 to 1808.::