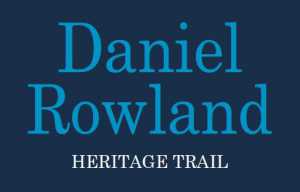 You can download the Heritage Trail leaflet as a PDF here

This trail commemorates the life and work of the great 18th-century evangelist, Daniel Rowland of Llangeitho.

During the 18th century there was a great religious awakening. Inspired by a series of charismatic preachers, people turned back to the Gospels and the Christian life. In America the Revival was associated with Jonathan Edwards and in England it was inspired by the work of George Whitefield and the Wesley brothers. Daniel Rowland, together with Howell Harris and the great hymn writer, William Williams of Pantycelyn, were the central figures in Wales. Welsh Methodism can be said to have started here in Llangeitho, in this quiet, remote village. As the evangelist, Thomas Charles of Bala, noted: “From Llangeitho, the fruitful streams flowed all over the country in those blessed days…” 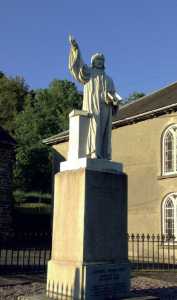 1. The Statue of Daniel Rowland

The trail starts in the centre of the village. The statue was erected after a public subscription in 1883. It shows Rowland as a young man, preaching in his most impassioned mode. William Williams Pantycelyn described him in his early days, thus:

His name was Boanerges, Son of Thunder, flaming true;
Shaking earth and heaven together with a voice both strong and new…
Five Welsh counties heard the thunder and with awesome fearful dread
Fell with slaughter and with terror on the ground, in heaps, as dead. 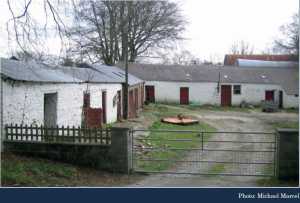 Continue to the roundabout and take the right-hand turning, signposted Talsarn. Stay on this road a little over two kilometres and turn right up the road signposted Bwlchllan. Just before reaching the village, turn left down a small lane. This leads to Pantybeudy
Farmhouse where Rowland was born, either in 1711 or 1713. His father, another Daniel Rowland, was the rector of the parishes of Llangeitho and Nantcwnlle.
There is a story that the young Daniel narrowly escaped being killed by a stone falling from the chimney- piece of the old house, and that such an experience was seen as an illustration of God’s special providence for the child.

Continue on the same road until you reach the centre of the village of Bwlchllan. Turn left sharply down the hill: Nantcwnlle Church is to be found half a kilometre on the right. Rowland followed his father’s footsteps and was ordained in 1734. For most of his adult life he served as a curate in Llangeitho and Nantcwnlle. Yet, he was not converted to the seriousness of the Christian life until 1735 when he heard the famous educator Griffi th Jones, Llanddowror, preach, possibly in this very churchyard. After this, Rowland’s own sermons were transformed. Today Nantcwnlle Church has been closed due to lack of support and it is hard to imagine the scenes of enthusiasm from yesteryear.
One later observer remarked: “It is said that the people were under such deep convictions that numbers of them, unable to stand, lay down in the ground of the Churchyard of Nantcwnlle. They were so thick on the ground that it was not easy for a person to pass by…” 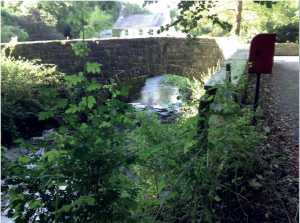 Leaving the Church, continue down the hill and, at the bottom, turn left towards Llangeitho. Continue for nearly three kilometres until you reach a bridge over a small stream. This is the Gwenffrwd, a tributary of the Aeron. So great was the excitement that people were soon organised into small groups or societies. They would meet together regularly to study the Bible and to share spiritual insights. No-one knows exactly where the fi rst society met, but tradition has it that it was in a small house in a narrow, secluded valley between Nantcwnlle and Llangeitho on the banks of the Gwenffrwd. Therefore, it cannot have been far from this spot. These societies were to become the backbone of the Welsh Methodist movement. 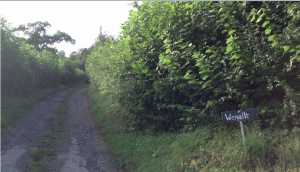 Continue along the road and drive back through the village, over the roundabout and past the statue. Then take the fi rst turning on the left and follow the road past the Church. The entrance to Wenallt is on the left.
Rowland inherited Wenallt from his mother’s family and his Rectory was built on the farm. (The original building has disappeared, the present vicarage is modern.) Rowland married Elinor Davies of Caerllugest Farm in 1734. It is less than three kilometres along the road and makes a good walk from Wenallt. There is a beautiful view from the top of the hill. Elinor proved to be an excellent wife. Rowland was often away preaching and she managed the farm and the rectory and bore at least six children, two sons and four daughters. 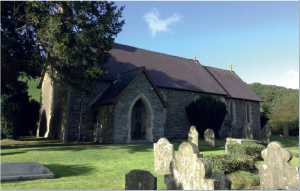 Go back to the Church. Here Rowland served as curate from the year of his ordination. He was buried in the churchyard and inside there is a memorial tablet. People came from all over Wales to hear him preach. So full was the Church that he used to give his sermons outside. As a contemporary wrote: “On Sundays they were obliged to have a pulpit erected in a field where there were at least 14,000 people, a very wonderful sight, and very comfortable to hear the neighbouring hills and valleys ring with the joyful sound of salvation.” However, in 1763, the Bishop removed Rowland from the curacy. His followers were thought to be unwilling to receive Church discipline. So he was no longer permitted to preach in the Church. As a result, almost the entire congregation left. The only person to remain was one of own sisters. Sunday after Sunday, the Church was empty except for the new curate, the clerk and this one old lady. 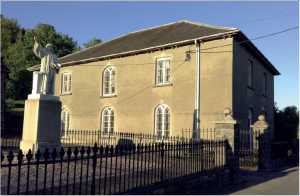 In response to his expulsion, his followers built the Chapel. Go back towards the statue. The Chapel is the building lying at a right angle to it. Here Rowland continued his ministry until his death in 1790. Congregations remained enormous and we have a vivid picture of the elderly Daniel Rowland from the Baptist minister, Christmas Evans: “I see him now entering in his black gown through a little door from the outside of the pulpit.” After the sermon, “he would make a very sweet, short prayer and utter the benediction. Then he would, full of perspiration, make haste out of the pulpit, back through the little door.” In his old age, he was much beloved. As his disciple, Thomas Charles of Bala put it, “I love him dearly and honour him as my father in Christ… for to him, under God, I am indebted for whatever light I have and experience I have of the glorious salvation through Christ.”