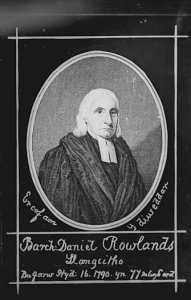 The burning passion and emotional enthusiasm which emerged during the Welsh Methodist Revival brought people back to the church in their thousands. Before the ‘Great Awakening’ in the 18th century fewer people attended church. The sermons were dull and seemed detached from the daily lives of those who attended.

Daniel Rowland was one of the foremost leaders of the Welsh Calvinistic Methodist Revival.

Before this ‘Great Awakening’ attendance at church was dwindling. The emphasis based on ritual rather than emotion, the sedate sermons of the clergy were dry and uninspiring.

This was in sharp contrast to the scriptural and evangelical preaching of the non-conformists of the revival; their sermons were delivered with burning conviction and urgency. 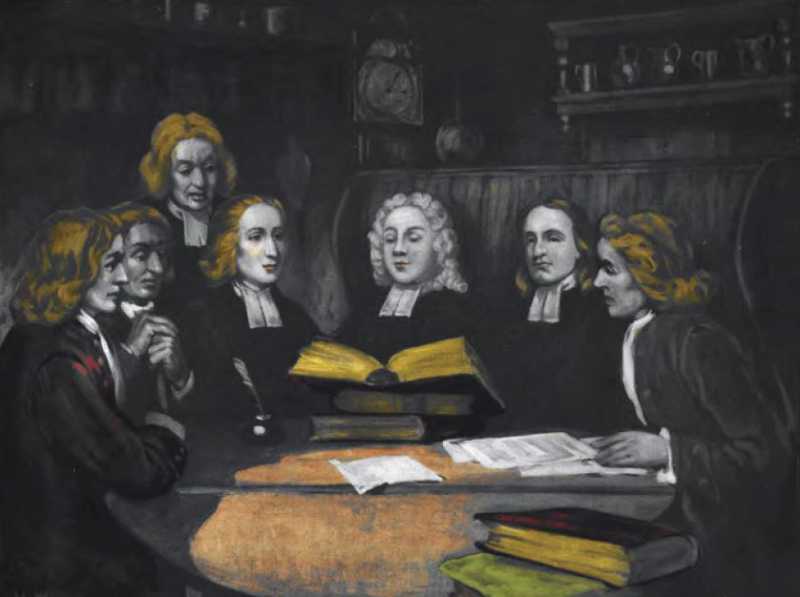 “He possessed very quick parts, and made rapid progress in his learnings [...] He was remarkable for natural vivacity, and very adroit in all the sports and corrupting amusements of the age. He was of a middle size, of a firm make, quick and nimble in his action, and foremost in all his youthful feats of the day.” 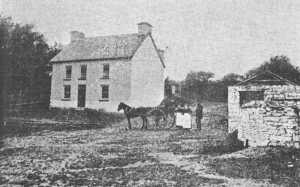 There is some uncertainty as to the date of Daniel Rowland’s birth. Most writers quote 1713, but his gravestone at Llangeitho parish church states Rowland was 79 when he died in 1790, which puts his birth in 1711.
At the time of Rowland’s birth his family was living at a house called Pantybeudy in Nantcwnlle, a mere three miles from where he spent his entire ministry. For his early education Rowland went to Pontygido near Llanarth in Cardiganshire. This was followed by the public grammar school at Hereford, where he was reputed to be excellent in the study of languages. As a consequence of his great ability he was admitted as a candidate for holy orders when he was only twenty.

Daniel Rowland was ordained deacon by Nicholas Clagett, the Bishop of St. Davids, at Duke Street Chapel in Westminster on Sunday the 10th of March 1734. He walked the 230 miles there and back, probably following the drover’s route. On his return he carried the bishop’s licence to serve the curacies of Llangeitho and Nantcwnlle for £10 per annum.

“He observed him for a moment, pointed at him, and with an expression of general compassion, exclaimed, ‘Oh for a word to reach your heart young man!’ Soon it was evident that his restlessness had ceased, and he listened earnestly for the rest of the sermon; and who was this but Daniel Rowland.” 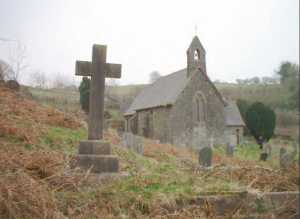 Less than two miles to the north of Llangeitho lay the Davies farm of Caerllugest. Here Daniel Rowland met his wife Elinor, whom he married in 1734. On October 14th 1735 their first son, John, was born.
During these changes in his domestic life a transformation also occurred which greatly affected his ministry. Daniel Rowland had noticed that people were deserting his church to listen to a dissenting minister. Eventually, he went to listen to the non-conformist, Griffith Jones, to see what it was that attracted people to his preaching. The speaker saw Daniel Rowland’s restless expression and spoke to him. From that time Daniel Rowland sought the company and counsel of Griffith Jones at Llanddowror, he would not have associated with the notorious evangelical had there not been a change in his devout state.

From the time of his conversion Rowland never swerved from his allegiance to the established church. He had three charges: Llangeitho, Nantcwnlle and Llanddewi Brefi. He felt compelled to tell people of the awfulness of sin and urge them to repent. He saw the souls of men as precious and judgement as alarmingly imminent. He was consumed with zeal and compassion. The texts he chose were those which warned and threatened sinners with God’s displeasure. ‘The wicked shall be turned into hell’, ‘These shall go away into everlasting punishment’, ‘The great day of His wrath is come’. Rowland’s preaching brought upon him the nickname of ‘the Angry Clergyman’ (y Ffeiriad Crac).

Preaching in the open air

“The power of God at the Sacrament, under the ministry of Mr Rowland, was enough to make a person’s heart burn within him. At seven in the morning I have seen, perhaps, 10,000 from different parts, in the midst of the sermon, crying ‘glory,’ ‘praise,’ ready to leap for joy.” 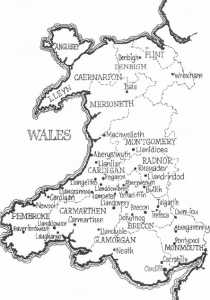 The urgency which Rowland felt with regard to men’s spiritual danger compelled him to preach outside his own parish, a very unpopular action in the eighteenth century.
When permission to preach in another church was refused, Rowland had no hesitation in preaching in the open air, in a churchyard, on a horse-stand or table; anywhere convenient for a crowd to gather. The large congregations he addressed were shaken by his thunderbolts.

They saw the day of judgement before their eyes, and hell yawning beneath their feet. In August 1737 he was invited to preach at Defynnog, where he met Howel Harris for the first time. Daniel Rowland, Howel Harris, William Williams of Pantycelyn and Howel Davies made up the four leaders of the Revival in Wales.

A break from the Church of England: A free evangelist

“This conduct drew upon him the censure of the bishop, and he was suspended from his office. After this he built a very large meeting house in the centre of the village, where he could, unmolested, vent his doctrines.” 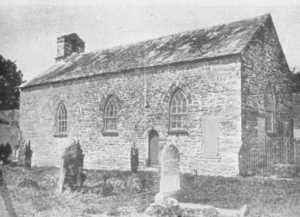 Daniel Rowland's Chapel, Llangeitho, known as the ‘new’ chapel was built in 1763

By 1737 Daniel Rowland was preaching God’s saving grace as well. The power of his sermons leaving a deep impression upon the lives of individuals and on a whole community. Soon the church building could not contain the numbers that came to Llangeitho.
Feeling threatened by the strengthening of the Revival and exasperated by Daniel Rowland’s insistence on preaching in other parishes and by the large crowds that gathered to hear him, the bishop took actions to prevent him.

Daniel Rowland was forced to leave the Church of England in 1763. The Bishop Samuel Squire’s mandate to expel him was handed to him immediately after his reading of the service at Llanddewibrefi. His congregation left with him, building a new chapel in Llangeitho. It was from this chapel that Daniel Rowland was to pastor for the remaining years of his life.